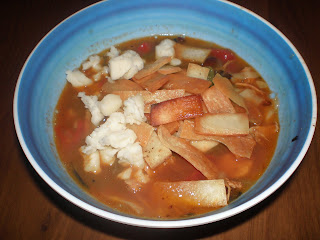 I've written before that I usually fall on the wrong side of the fine line between soups and stews. I try to make a stew and it ends up as a soup. I try to make a soup and it ends up as a stew. In this case, the more widely-known Chicken Tortilla Soup is now Chicken Tortilla Stew. I haven't yet learned how to apply reverse psychology techniques to my own cooking, but here's hoping.

The Stew Stuff
The Seasoning
(You could also use 1 tbs. garam masala in place of the cumin and coriander...I had to because I forgot that I was out of both and didn't feel like going to the store.)

The Other Stuff
***When I'm making something that requires a fair amount of vegetables, I usually prep my vegetables the night before. In this case, I chopped my bell peppers, jalapenos, and onion the night before and stored them in separate baggies.***

Preheat your oven to 400 degrees. While your oven is preheating, chop your bell peppers and onions (if you haven't already). Combine them for a sort of mirepoix. Set aside. 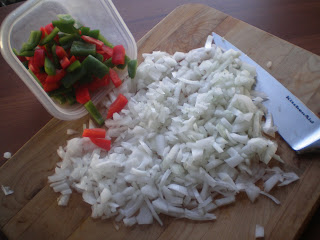 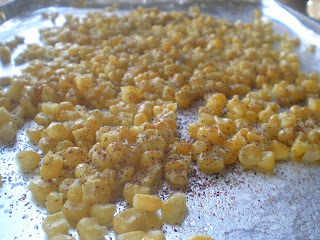 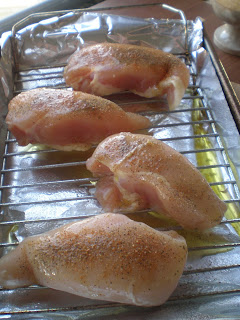 Place both corn and chicken in the oven. My oven was built in 1955, so it has two small racks and the heating element from the bottom is strong enough to fight the Russians. Because the chicken needs higher heat and I don't want the corn to burn, I place the chicken on the bottom rack.

(You may want to check the corn at least once and toss the kernels for even roasting. Whatev.)

While your chicken and corn are in the oven, prep your tomatillos, garlic, and jalapenos. Pick firm tomatillos with tight husks. Peel and clean them well; I don't know what the sticky stuff is on tomatillos but it's not pleasant. 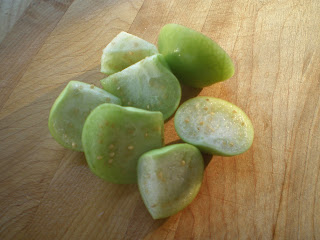 Okay, so I said 6 cloves of garlic. I probably used 6 regular cloves and two more smaller cloves because, like butter and booze, I believe garlic makes everything better and I always use a lot of it. 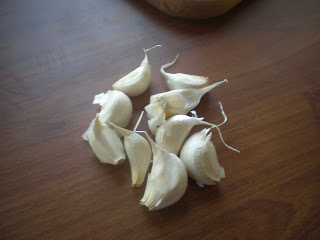 Once your tomatillos and garlic are minced, combine them with your jalapenos. 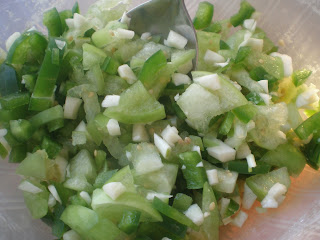 WASH YOUR HANDS after you chop your jalapenos. Wash them three or four times. I am not kidding. Trust me, my eyes have suffered enough.

Cut the 4-stack into bite-sized pieces. These will be used to thicken your stew and add a soft, pasta-like texture.

Cut the 3-stack into strips. These will be fried and used as garnish (and create a terrific crunch for your stew). 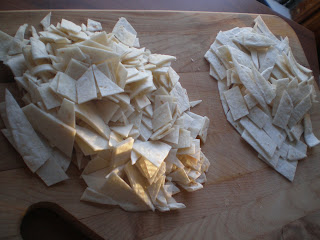 Remove corn from the oven. It smells pretty awesome. Toss corn and its seasoning with the jalapenos, garlic, tomatillos, cumin, and coriander (or garam masala). 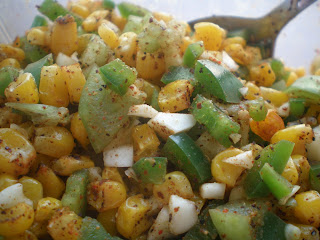 Remove the chicken when its done but before it starts to get dry (about 45 minutes). Turn oven down to 200, but don't turn it off. You'll need it later. 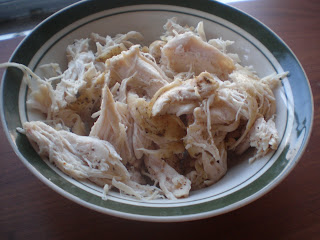 In a stock pot, heat a few tablespoons of olive oil over Medium High heat. Once the oil is hot, add your bell peppers and onions. Stir to coat evenly with oil. Cook until the onions are soft.

(If you happen to be distracted by an episode of Clean House and your onions burn a little bit, reduce the heat and hope no one will notice. If people do notice, tell them your vegetables were fire-roasted.) 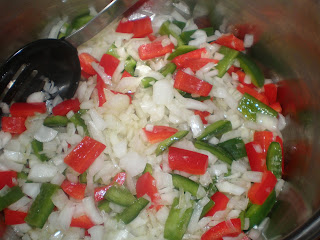 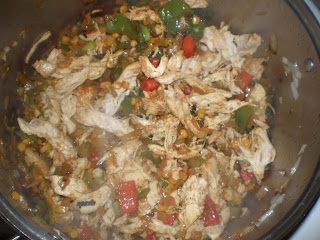 Lower heat to Simmer and go watch more crappy TV shows for 45 to an hour or so. It's stew, so you can get distracted all you want. Big deal. 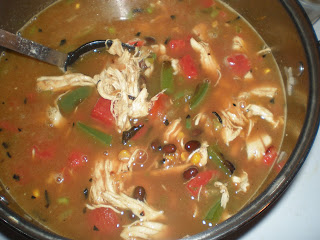 After about an hour, add your bite-sized tortilla pieces. Stir to combine. Cover and wait until the stew has had a chance to thicken (maybe another 30-40 minutes). 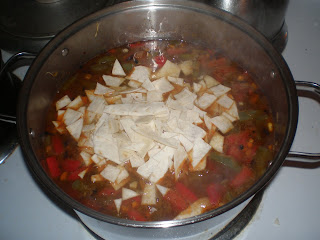 While you're waiting for the stew to thicken, start frying the tortilla strips.

Pour a thin layer of vegetable or canola oil into a saucepan and turn to high. Once the oil is hot, fry the strips. Depending on the size of your saucepan, you should do this in phases. Only a single layer of strips is going to fry properly. 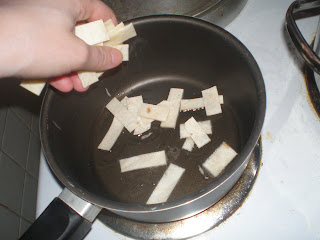 Once the tortilla strips are fried to a golden brown, spread them on a baking sheet and place in the oven until the stew is done. This will keep them crisp. 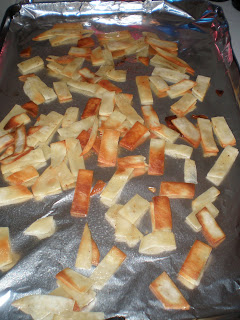 Once the stew is done, turn off the burner and oven heat. Remove the tortilla strips from the oven so they don't dry out.

(When you store the strips for leftovers, use a baggie with a paper towel inside. This can soak up excess oil.)

Some people serve Chicken Tortilla Stew (or soup) with garnishes like salsa, avocado, or other vegetables. I'm a meat-and-tortillas kind of person, and I think I put enough vegetables into the stew already. 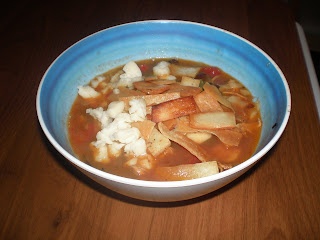